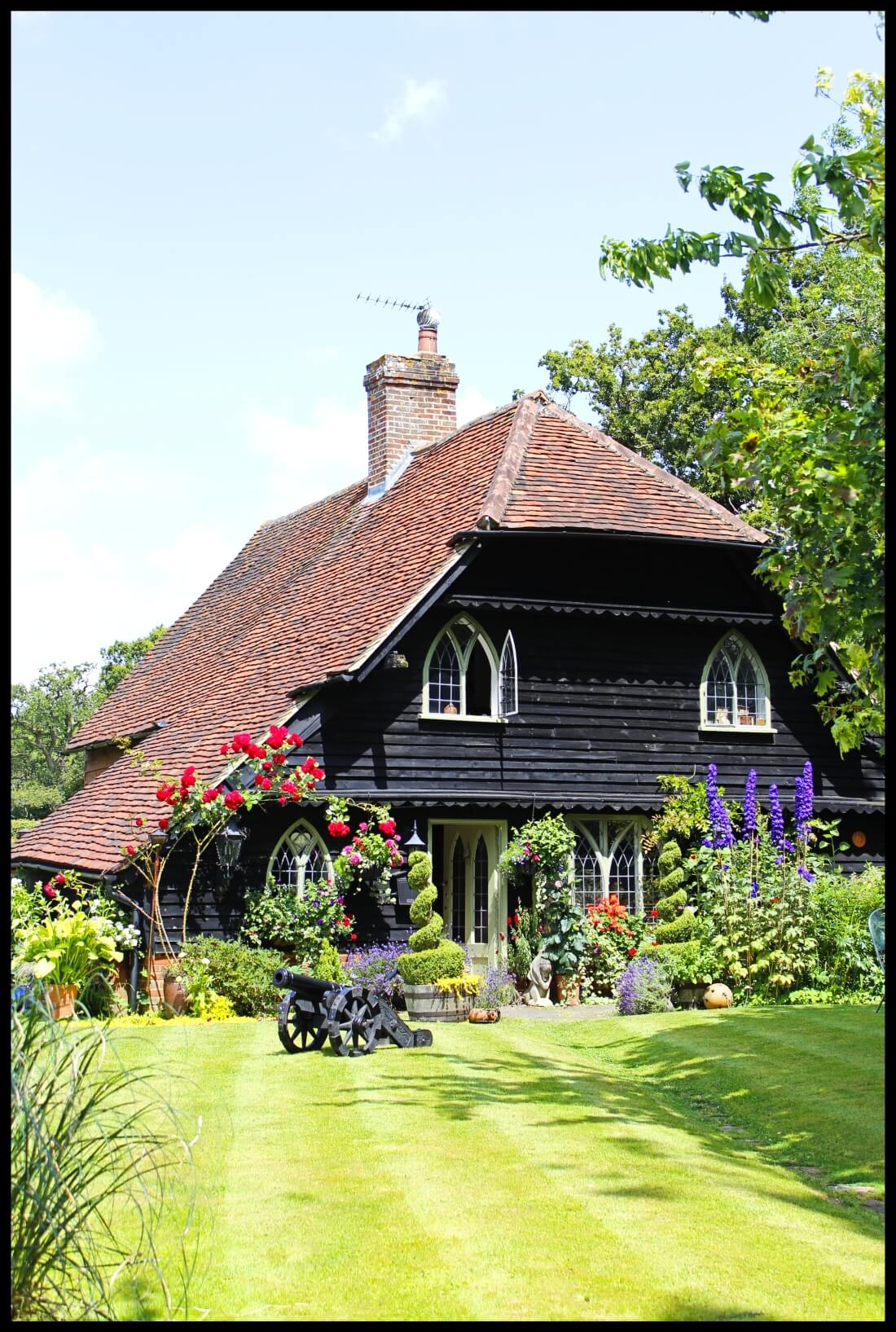 Thank you for taking the time to read about our home 'Barn Cottage' and the village of Ockley. Barn Cottage, whose original name was 'Jayes Park Cottage', is one of the oldest properties in Ockley, originally built as a barn in the mid 1600's it was converted into a dwelling in the Regency period using the Cottage Orné style. Cottage Orné or decorated cottage, dates back to a movement of "rustic" stylised cottages of the late 18th and early 19th century during the Romantic movement when some sought to discover a more natural way of living as opposed to the formality of the preceding Baroque and Neoclassical architectural styles. The cottage orné is the archetypal "chocolate box" cottage. You will notice many houses around the Green are also of this style featuring ornate timberwork.

The pictures below shows the Cottage and surrounding cottages from July 1889, originally black & white they have been colourized. You are welcome to take your own pictures and from beyond the trees if you would like. 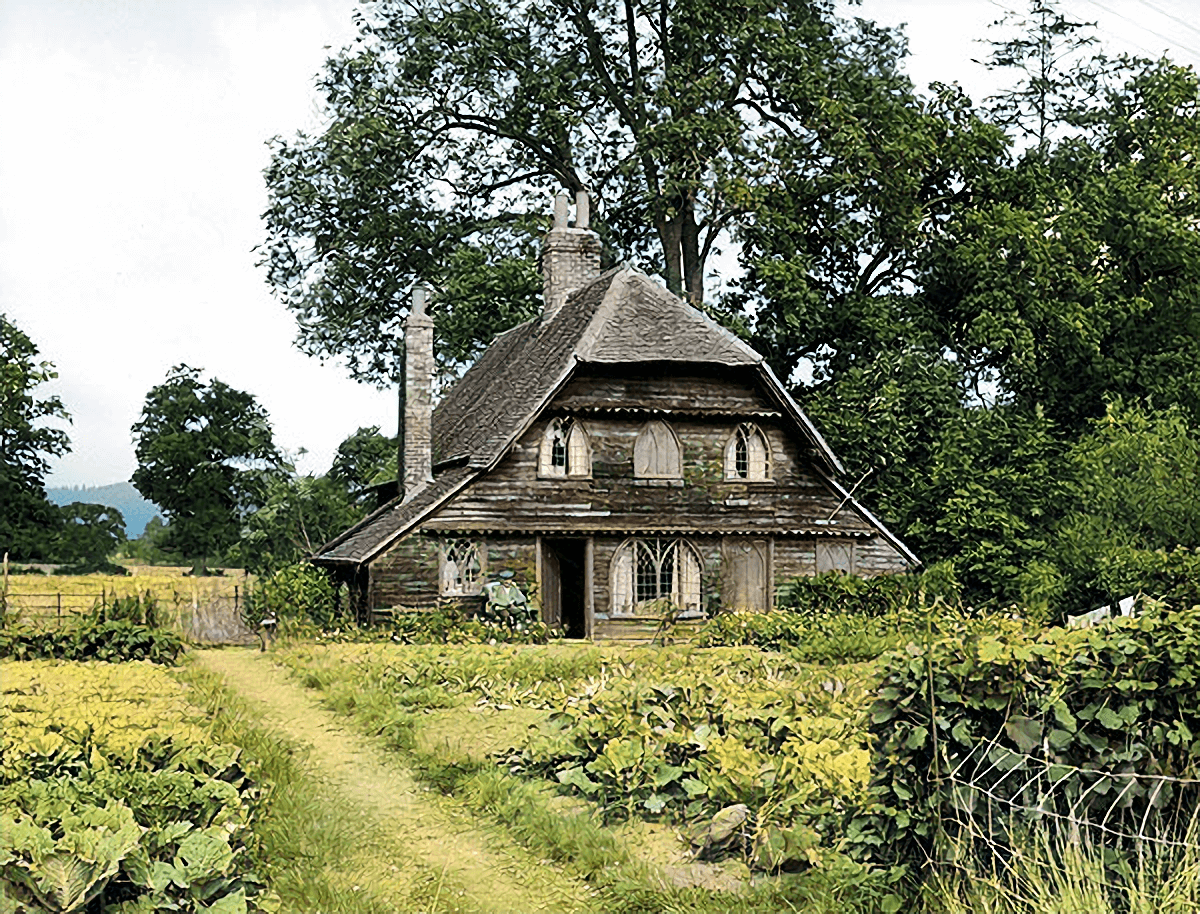 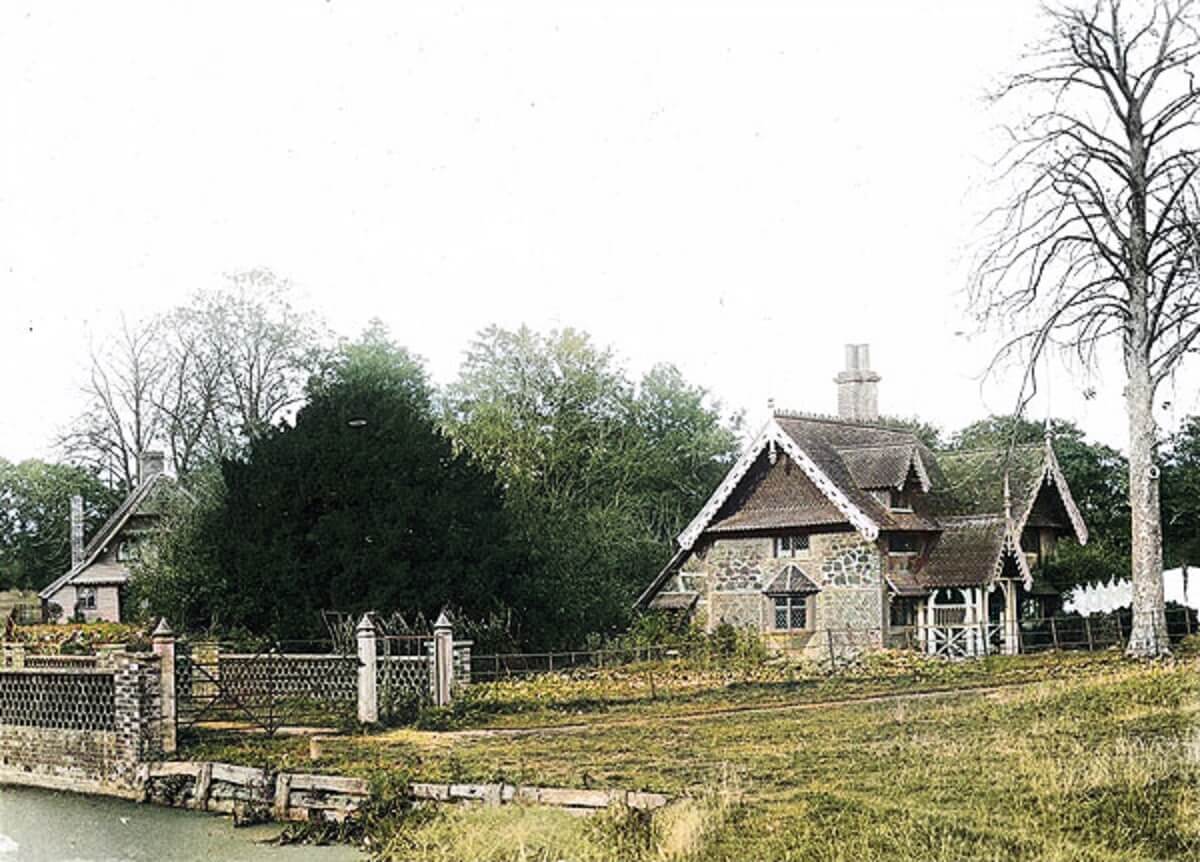 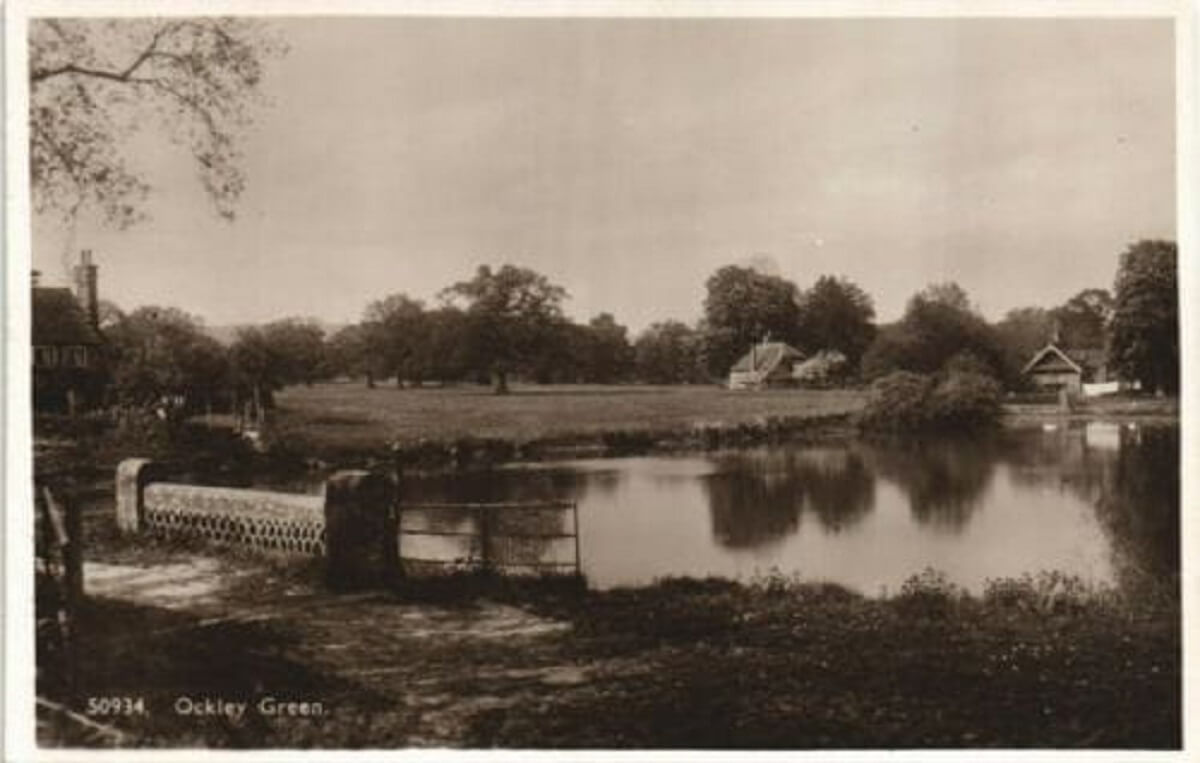 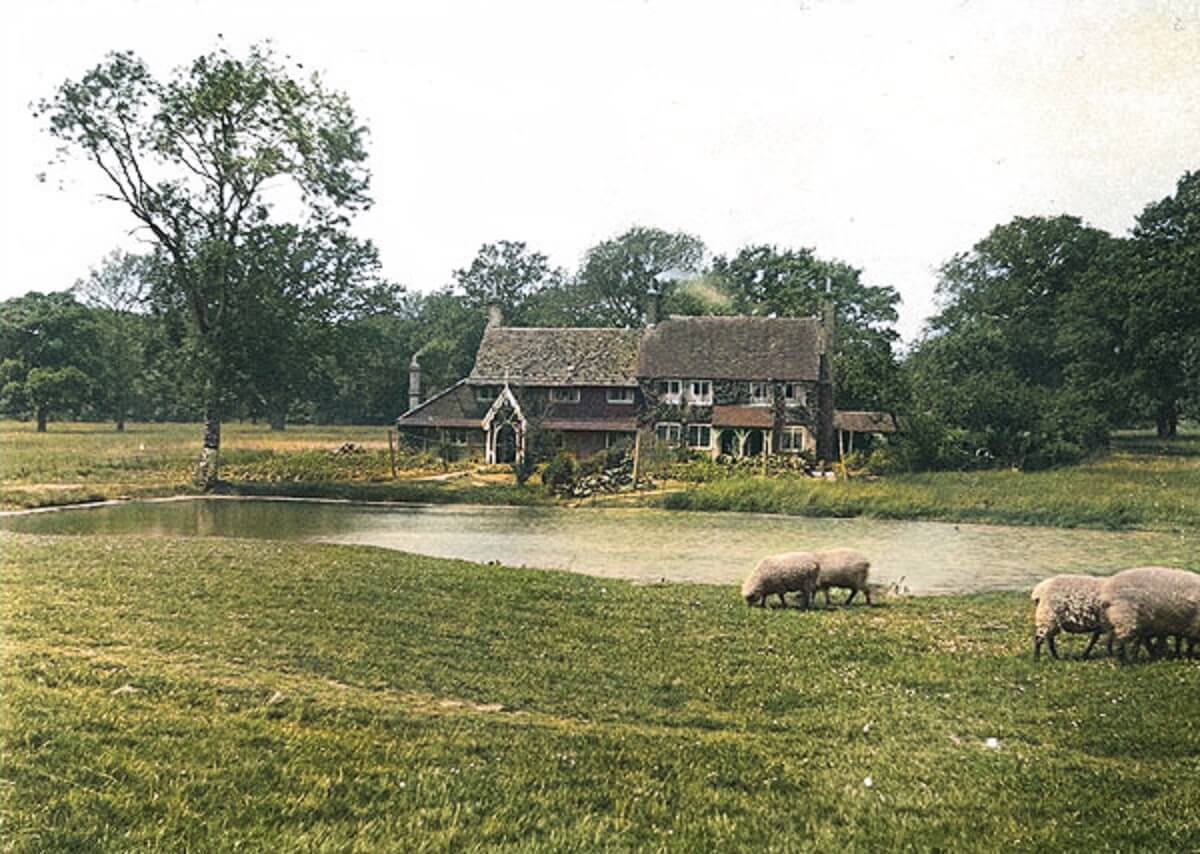 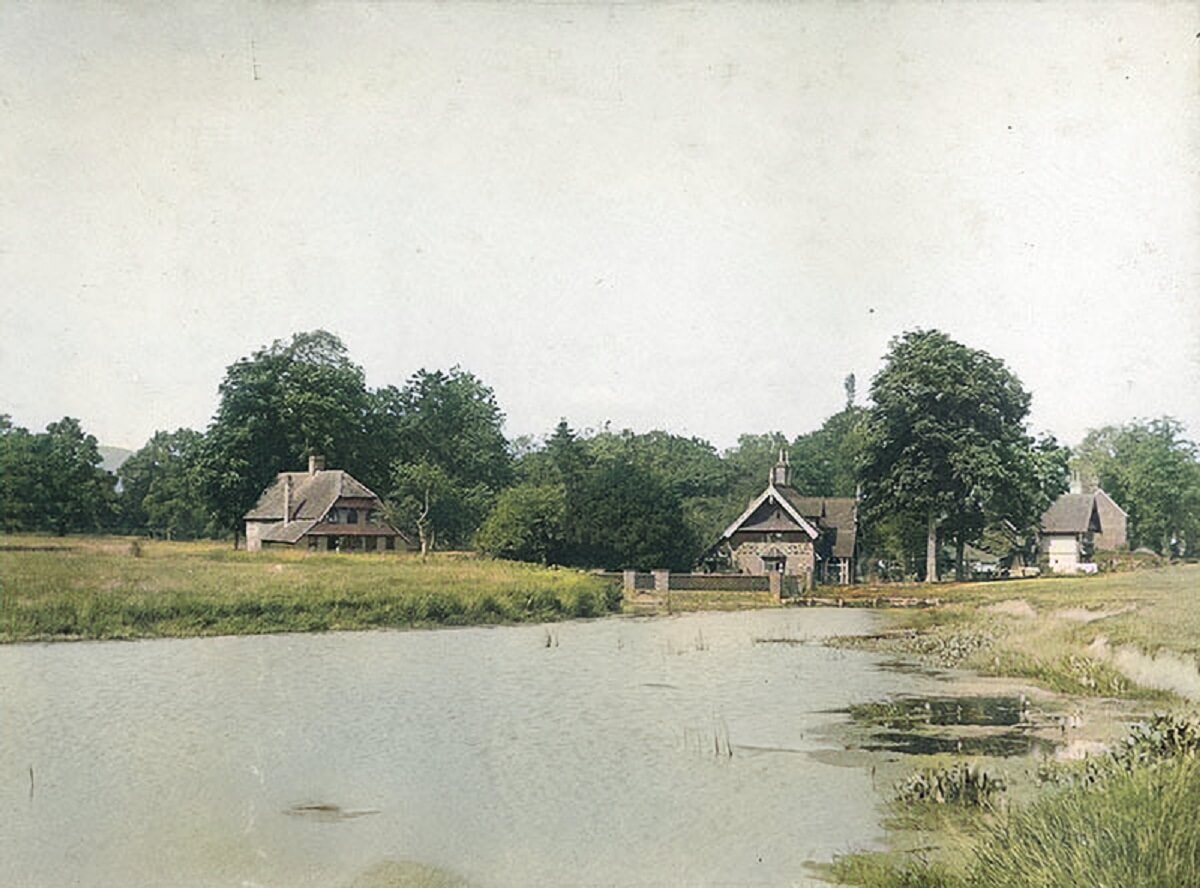 This image is taken from the April 1894 edition of 'The Illustrated London News'. 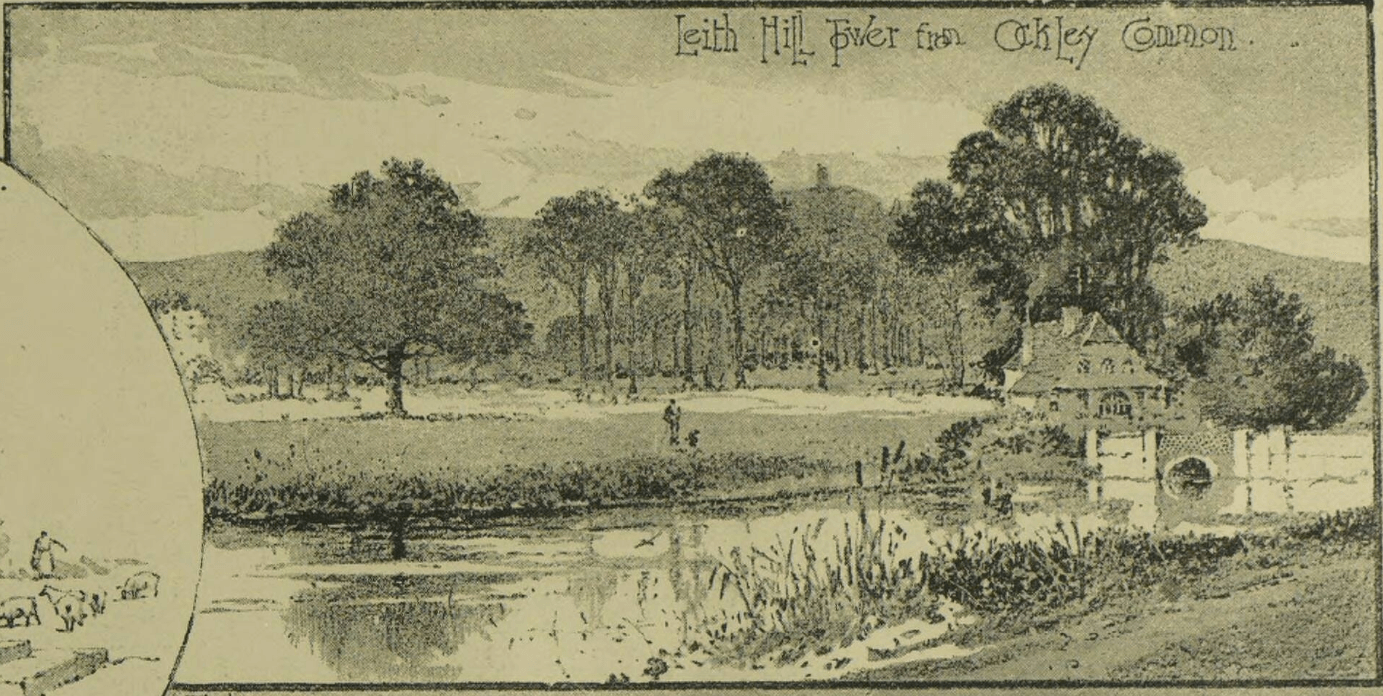 The village of Ockley is located on the Roman Road of Stane Street which runs from Chichester to London, and the Green and field surrounding the Cottage was the site of a Battle in 851. King Æthelwulf and his son Æthelbald, together with the West-Saxon army, fought against an invading Danish army of 350 ships that had plundered London and Canterbury previously, and had also put King Beorhtwulf of Mercia to flight. The battlefield was referred to as Aclea or Oak Lea. The Danish army was defeated suffering 'the greatest slaughter we have heard tell of up to this present day' according to the Chronicler of the day.

Ockley appears in Domesday Book of 1086 as Hoclei. It was held by Radulf (Ralph) from Richard Fitz Gilbert. Its domesday assets were: 1 hide. It had 5 ploughs, woodland worth 20 hogs. It rendered £3 10s 0d to its overlords per year.

The village first grew around the Church and Castle and later Ockley Court which is half a mile away on the other side of the Roman Road. The church dates from the early 1300's and contains the original 'Liberty Bell' made at the famous Whitechapel Foundry in 1701 and which 50 years later would be cast again at the same foundry and be sent to America. Behind the church are the buried remains of Ockley Castle, dismantled by Henry II. But as the village grew during the 1800's the centre drifted West towards the Roman Road and so join the few houses already there that serviced the Jayes Park Estate. New houses and a few shops were built and later a school and a new Church as well as many as six different pubs over the years in the village.

The Cottage just before Barn Cottage, whose original name was 'Jayes Park Gate Cottage' is also the home to a pair of ghosts, an old man and a young boy, seen by numerous people in the past and more than one family has moved out because of them.

The Pond by which the Cottage is located is the old Weavers and Tanners pond and was used for leather working and weaving by the cottages on the other side of the Pond.

Charles Darwin conducted some of his experiments in Ockley and some other previous residents have been actors Sir Alec Guinness, Molly Sugden, William Moore, England World Cup Winning Rugby Union Captain Will Carling, Comedian Jim Davidson as well as Katie Price and Peter Andre and, the colourful, infamous and most liked, Oliver Reed. 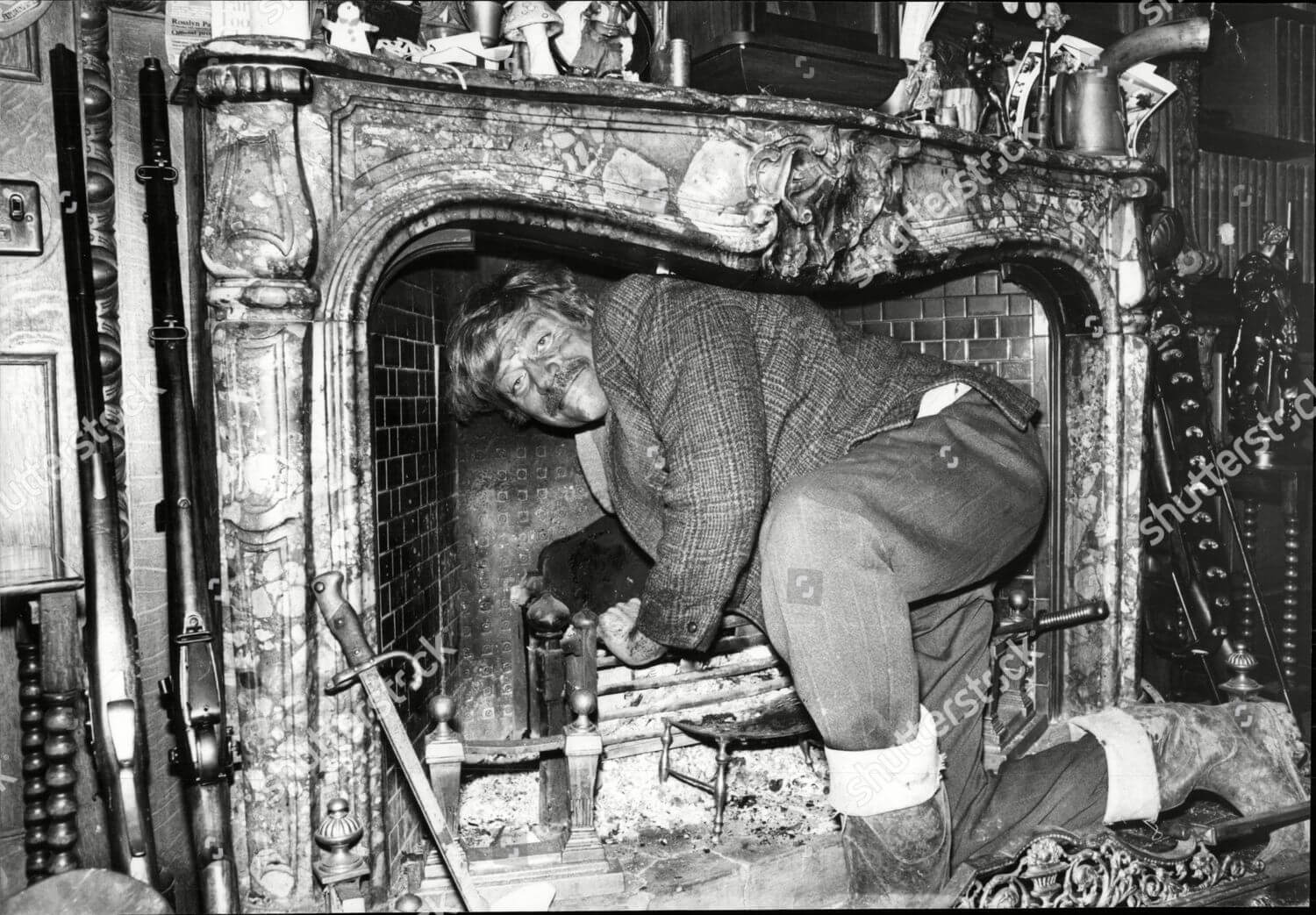 Ockley also has its very own Dinosaur, in 1983 fossil hunter William Walker saw an enormous claw sticking out of a clay pit and when excavated an almost in tact skeleton of a previously unknown species was found, now named as Baryonyx walkeri (Baryonyx meaning large claw and walkeri after its finder). Baryonyx was a carnivorous, mainly fish-eating, dinosaur, about 30 feet long and with a long pointed jaw rather like a crocodile and large bear-like claws. The skeleton of the Ockley dinosaur is displayed at the Natural History museum. 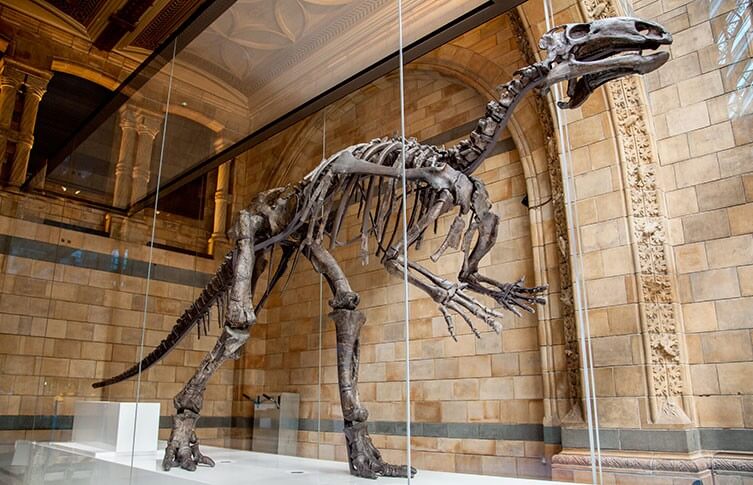 If your walk is towards Leith Hill then it is through the gate across the field to the top pond. The image below will help. 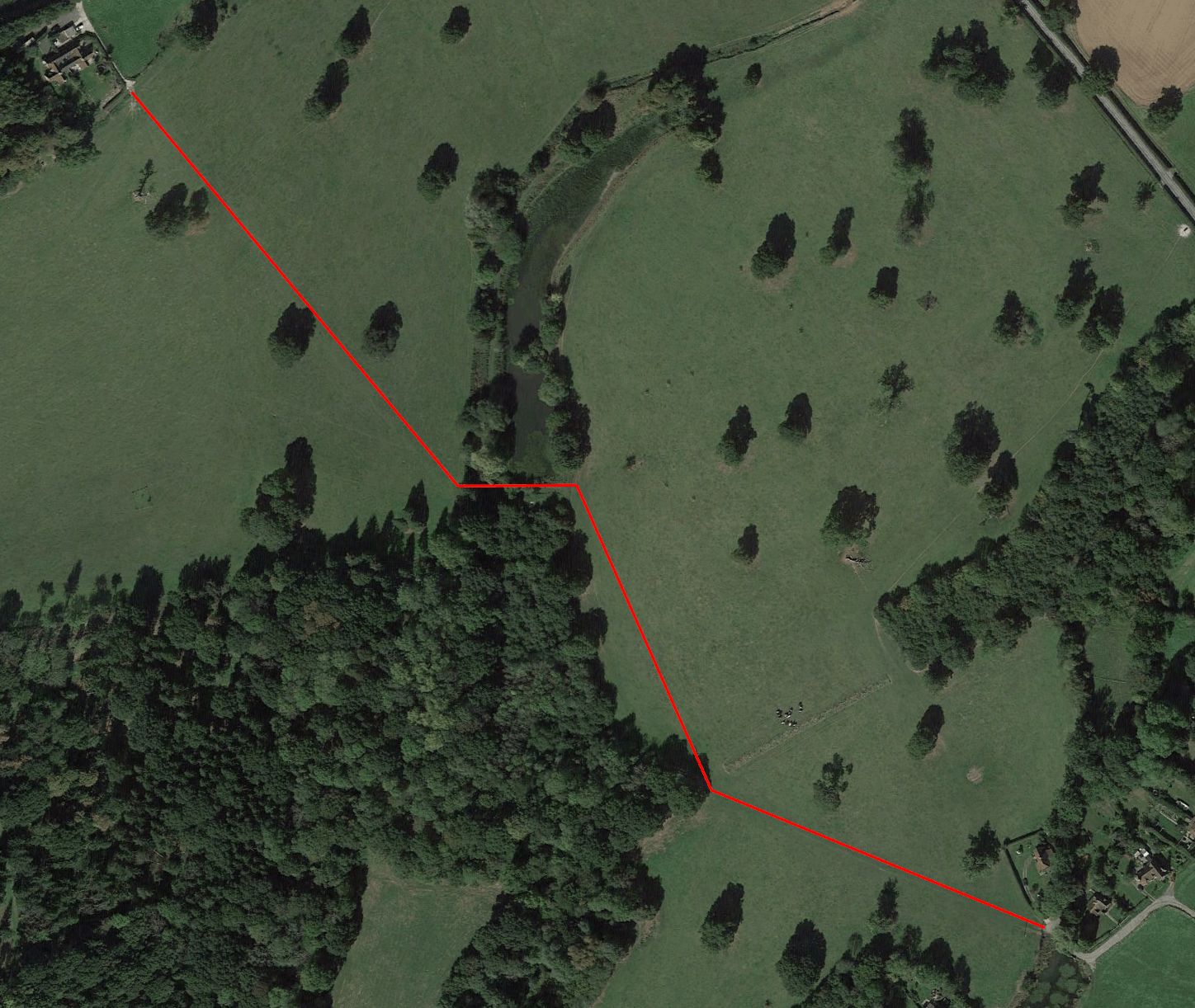 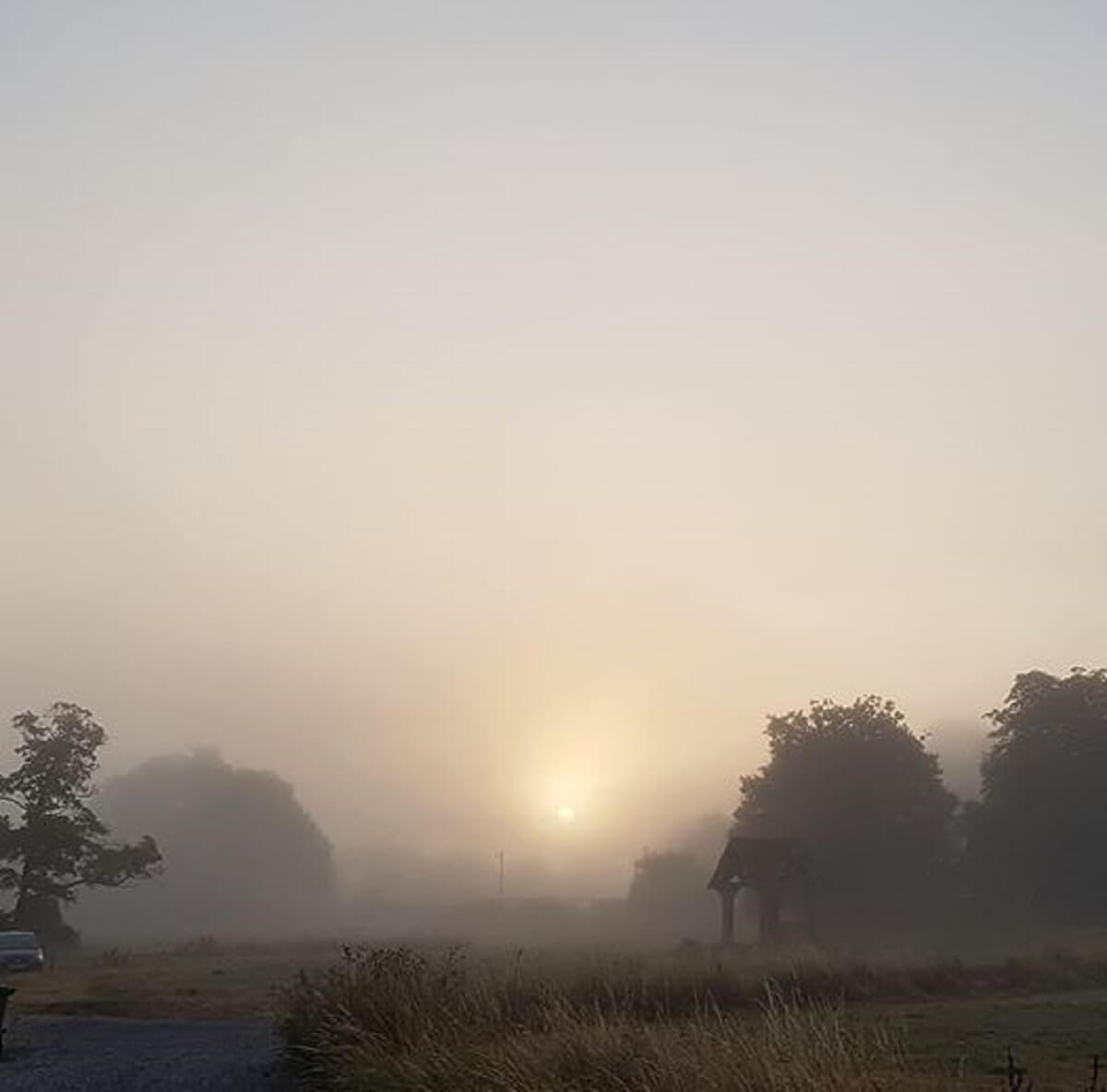